Are you wondering about the difference between hemp oil and CBD oil
22 November, 2021 by

Hey, we don’t blame you! At first glance these substances seem pretty similar...but in reality, they couldn’t be much further apart.

Keep reading to learn more about the many differences between hemp oil and CBD oil — as well as a few surprising similarities.

Hemp: the plant with a thousand uses

Technically speaking, the term hemp oil refers to any type of oil produced from any part of the hemp plant. That makes it an umbrella term — accurate, but not specific.

You know how a circle is a type of shape...but not every shape is a circle?

Same with CBD oil and hemp oil. CBD oil is a type of hemp oil...but not all types of hemp oil are CBD.

Let’s take a closer look at each of these types of oil next.

What is hemp oil?

As we explained earlier, the real-world meaning of “hemp oil” is basically just hemp seed oil.

This oil is pressed, not extracted, from hemp’s seeds. Hemp seed oil doesn’t contain any appreciable amounts of cannabinoids — but it is a great source of essential fatty acids. Hemp seed oil actually contains the perfect ratio of omega 6’s and omega 3’s: 4:1. [1]

Hemp oil can be used for cooking, baking, topical use, and more. It’s just as good for your skin as it is for internal use. Many popular skincare products now use hemp seeds oil as their base.

Just keep in mind that hemp seed oil doesn’t contain CBD, CBG, or any other cannabinoids. And that means it can’t directly activate your body’s endocannabinoid system nor promote full-body balance.

What is CBD oil? CBD oil comes from hemp’s resinous, flowering buds. CBD oil is produced through a chemical extraction process that basically pulls hemp’s active ingredients out of its biomass. CBD oil can be sourced through several different varieties of the cannabis plant. Premium CO2 extraction captures cannabinoids, terpenes, flavonoids, and other waxy compounds, then concentrates them into an oil extract.

This hemp extract is then diluted with a carrier oil into its final form: premium CBD oil!

CBD oil is rich in a variety of beneficial compounds. Some experts call hemp “the plant of a thousand and one molecules” — and broad spectrum CBD is rich in many of them! Premium CBD oil contains its namesake cannabidiol and much, much more. [2]

Broad spectrum CBD oil contains a wide variety of cannabinoids. Some of them are only present in trace amounts, but they all play a role:

Terpenes are small, volatile molecules found in many plants. Because terpenes are small and delicate, they constantly evaporate to produce characteristic smells.  Linalool is the terpene that gives lavender its pleasant aroma, for example, while pinene from pine trees is what makes forest walking so aromatherapeutic and relaxing.

So what makes hemp’s terpene components so important? It’s their particular combinations. Hemp is unique; it contains dozens and dozens of terpenes that one would normally have to obtain through several different plants.

CBD oil actually contains even more terpenes than it does cannabinoids. Research shows that terpenes play a vital role in the entourage effect. Broad spectrum CBD’s top terpenes include:

How do terpenes promote the entourage effect? Think of it this way: terpenes provide an entourage with which CBD can easily travel to its most important endocannabinoid receptor sites. Certain terpenes can even ‘open up’ endocannabinoid receptors to allow more binding; other terpenes can make the blood-brain barrier (BBB) permeable enough for more cannabinoids to enter through. These select terpenes help keep the BBB selective, though, meaning good stuff comes in and harmful stuff stays out! [3]

Another interesting tidbit: terpenes are complex enough to produce unexpected, apparently random qualities. According to cannabis plant expert Michael Backes, “CBD and some terpenes appear to reduce the reward effect of nicotine”.

Another terpene, called beta-caryophyllene, activates the endocannabinoid system’s CB2 receptors so strongly that some consider it a dietary cannabinoid. [4]

Hemp contains its very own type of flavones, known as cannaflavins. So far two cannflavins have been discovered: cannflavin A and cannflavin B.

Research from as far back as the 80s has discovered that these cannflavins are even more potent than aspirin. They may inhibit the body’s production of inflammatory molecules called prostaglandins, in turn reducing pain the holistic way.

In addition to the cannaflavins, broad spectrum CBD contains very small amounts of other polyphenol-type antioxidants, like lignanammides and stilbenoid derivatives

One final bit of good news: Reakiro CBD oil is rich in cannabinoids, terpenes, and flavonoids. That means it may engage the entourage effect and provide just the right amount of inner balance!

Is hemp oil the same as CBD oil?

No. Hemp oil and CBD oil are quite different.

Government regulations have also contributed to the confusion surrounding CBD oil. Some agencies have been quite hostile towards non-pharmaceutical CBD, and cautious CBD products companies have responded by rebranding their CBD oils as “hemp extracts”.

Another word of caution: the confusion surrounding CBD oil and hemp oil is currently being taken advantage of on Amazon and other ecommerce sites. Some dishonest hempseed oil manufacturers are marketing their products as if they were CBD: flaunting huge milligram amounts of hyping the therapeutic properties of their products. If you see a product titled “hemp oil,” proceed with caution — it probably contains no actual CBD. 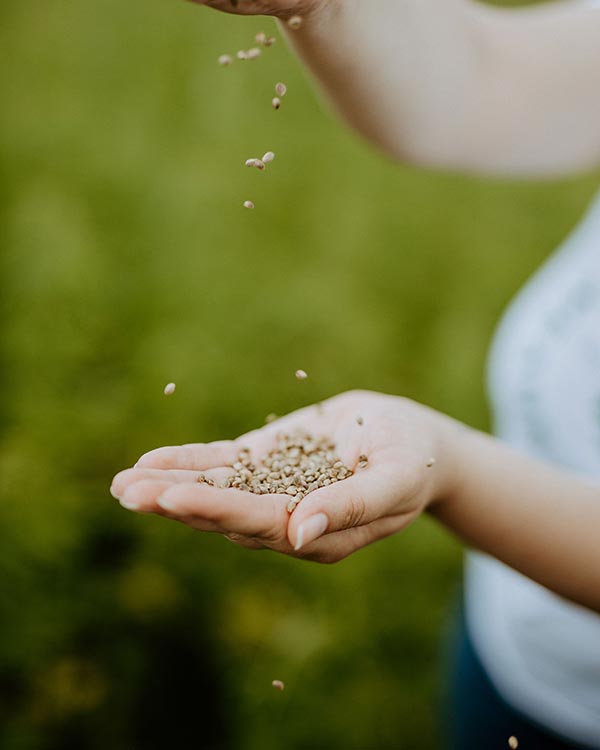 All these caveats aside, let’s look at 8 major differences between hemp oil and CBD oil.

CBD oil, on the other hand, is characterised by its CBD content. Most CBD oils are 0.8-10% CBD by total weight. This is plenty of CBD to activate your body’s endocannabinoid system.

In addition to being free from cannabinoids, hemp oil is also free of terpenes.

CBD oil, on the other hand, is rich in all sorts of helpful terpenes:

When it comes to CBD oil’s cannabinoid content, cannabidiol is just the start. CBD oil’s other cannabinoids include:

Last but not least, CBD oil is a great source of special flavones like Cannflavin A and Cannflavin B.

Hemp oil doesn’t include these special flavonoids, but it does contain plenty of antioxidants of its own. Even the fatty acids in hemp seed oil are antioxidant in nature. [5]

As you might expect, the cannabinoids and other active compounds present in CBD oil mean it can bind to a wide variety of physiological receptors. Research implies that CBD oil may ‘activate’ receptors in the following families

While hemp oil doesn’t bind to endocannabinoid receptors directly, it may help in a different way. But more on that later!

CBD oil has been shown to boost your body’s levels of the endocannabinoid anandamide. Nicknamed ‘the bliss molecule,’ this special endocannabinoid has been correlated with increased sociability and a brighter life outlook.

Hemp oil vs. CBD oil: which is better for your skin?

CBD oil’s cannabinoid and terpene content also make it simply great for your skin. According to Dr. Ethan Russo CBD is able to activate endocannabinoid receptors throughout the dermal tissue, resulting in better glow and skin tone. [7]

But hemp oil may be good for your skin, too. It contains vitamin E and other antioxidants that contribute to skin health benefits.

This final difference is an area where hemp oil — not CBD oil — shines. Hemp oil is fairly heat-stable, so it can be used in all sorts of recipes and in baked goods.

CBD oil, on the other hand, can only be used in low-temp cooking. Otherwise its volatile terpenes begin to become degraded and lose their efficacy. [8]

All in all, both types of hemp products contain hundreds of helpful compounds. And even the compounds in hemp oil may nourish your endocannabinoid system.

How? Well, endocannabinoids and their fatty acid-binding proteins use healthy fats as their precursors — the very same healthy fats present in hemp seed or cannabis Sativa seed oil. That means hemp oil may help your endocannabinoid system fire on all cylinders, even though it doesn’t activate the system directly.

The best of both worlds: how to combine hemp oil and CBD oil

We don’t mean to be overly dualistic in our comparisons of hemp oil and CBD oil. That’s because these two substances may actually do better together!

What happens when you combine hemp oil and CBD oil?

Products that combine hemp oil and CBD oil may:

in CBD news & CBD blog
# cbd oil
Read Next
How Long Does it Take for CBD Oil to Work?
If you’re new to CBD, you probably have questions